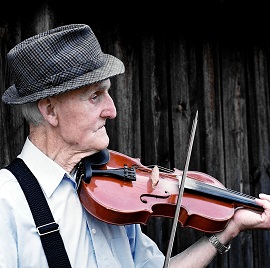 Born 1926 in Pałka village, Kalisz region, Brzeziny commune. As a child, he learned to play cheap fiddle while grazing cows, and later became first rate wedding fiddler, playing at weddings within 20 km distance. Used to play with the best harmonists. In the 1970s the traditional weddings went out of fashion, and came the time of folk music festivals. A new public, new stage and new expectations for musicians. Since then, the repertoire and performing manner have changed, from long, wild sets of “owijok” played for dancing and singing along, to short “one-song-and-bow” acts. When Mr. Leon was advanced in years, the first apprentice found him. “He has a beautiful, archaic performing manner, is an encyclopedia of ancient local melodies. His personality and fiddling style are a declaration of immortality”, said Mateusz Raszewski. 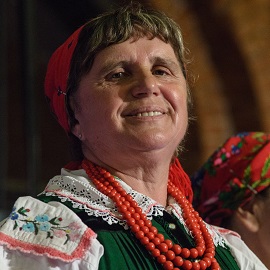